Blur lets you gradually cause elements to go from clear to blurry in correlation to the visitor’s scroll. An example is having a background image appear and then dissolve in accordance with the scroll. 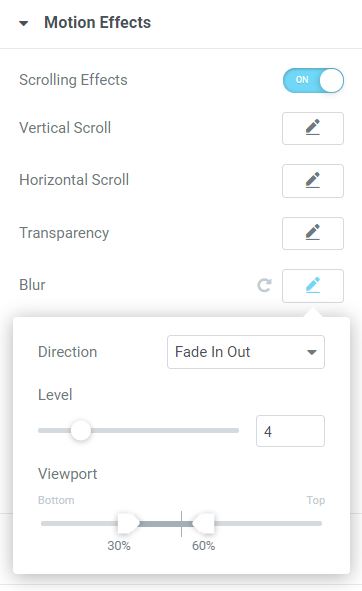 Tip: Try the following scenario. Set the Direction as Fade In Out.  Set the viewport between 30-60, and notice what happens: the heading starts off in focus, reaches peak Blur level at 30%, stays the same until 60%, and fades out until the end of the screen.